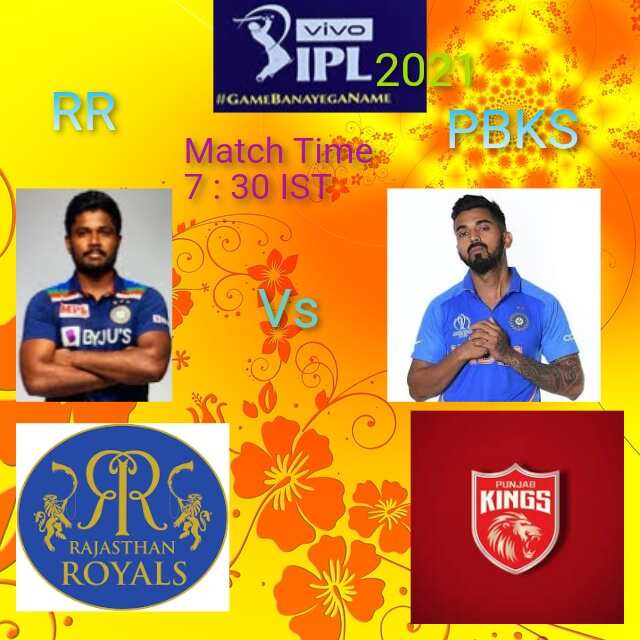 RR & PBKS two team will start their IPL2021 campaign in cricket Match number 4.
PBKS, rebranded and revamped, will attempt to reach the playoffs for the first time under their skipper’s tenure. With new players like Jhye Richardson, Riley Meredith and Shahrukh Khan in their ranks, the 2014 finalists have attempted to address a number of issues that plagued them last year.

Here below are IPL2021 4 Reasons why punjab kings will win today game of IPL 2021 Vs Rajasthan Royals .

As a bowling unit they have Chris Morris who bag jackpot in this year IPL2021 but big money can’t Gauranteed you will make big impact on match . As far as RR batting is concerned they have match winner player like Ben stokes played superbly last year inspite of initial bad performances.

Sanju samson is undoubtedly best player so as young local boy yashasvi jaiswal as well batting order of Jos buttler not yet decided so batting positions of all this batsman not decided yet ,so this uncertainty might cost them matches .

#2 Jofra Archer absence could be another Reason

Jofra Archer absense will be huge blow for RR. Jofra Archer undertaken surgery for a injured finger he suffered earlier this year and has also been problematic elbow issue lately. therefore , he is set to miss the started half of IPL 2021.

Archer was the main wicket taker for RR past year, mainly in the pace department. Other pacer or slower baller of RR was ineffective along with death bowling was also weak point of RR last year..Except, Jofra archer .

Archer, who got MVP award in IPL 2020 as much for his useful down order batting as his sharp bowling,, is priceless for RR. Another setback for RR . Mustafizur Rahman’s another premier bowler is not available for first match meaning RR have left no option but to choose rather expensive Andrew Tye.

PBKS’ batting unit not bounded to fab four,nevertheless, their New recruit Shahrukh Khan is an powerful batsmen who lavished in the pre-season practice matches. whereas , Deepak Hooda and Mandeep singh scored up fifties in the rare opportunities they received last year IPL2020.

Everybody know Chris Gayle is Giant Player in terms of T20 match he has played so far .
His strokeplay & aggressive batting style could demolish any team in his day . Same Goes to puran who is also powerful player & have all range of strokes in his armoury.
Both this batsmen six hitting ability made them power player .

What they said on both these batsman

” He different level that guy named Nicolas puran . I reckon his best in the world at the minute” (at hitting sixes)