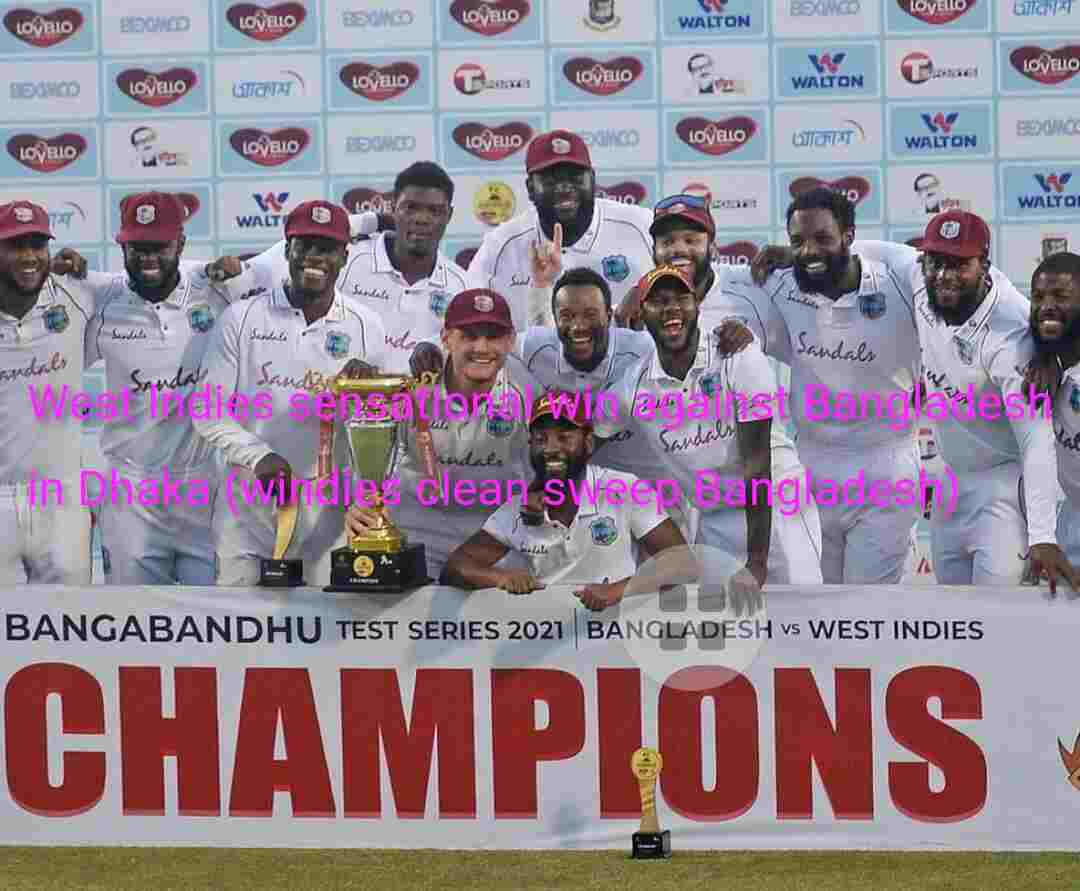 Opening Batsman Tamim Iqbal managed top-scored for the hosts with a classic 50 and Mehidy Hasan Miraz contributed 31 lower down the order but Bangladesh fell just short at the Shere Bangla National Stadium in Dhaka Today .

West Indies had achieved off the fifth-highest outstanding run chase in Test history with their Three-wicket win in the series opener 1st test in Chattogram.

Coming here without some senior players, with the protocols and so on – ‘I’m very thankful to God for opportunity to captain West Indies.’ Brathwaite said.


Boys stuck to their plans, they were very disciplined.. this means everything to us. People will be proud. People wrote us off but we kept it simple, enjoyed it,, and we proved them wrong.’More


‘When the openers were batting, we thought we can chase it, but the middle order collapsed ,’ he said.

‘Shakib is a two-in-one player, so when we lose him, it’s difficult as captain to get a combination that can balance the team.’


Cornwall, was star of the match who bowled nearly half of overs West Indies’ 61-odd overs and completed with a match haul of nine wickets,, was proclaim man of the match award .

Nkrumah Bonner received the player of the series award for his fantastic 231 runs.