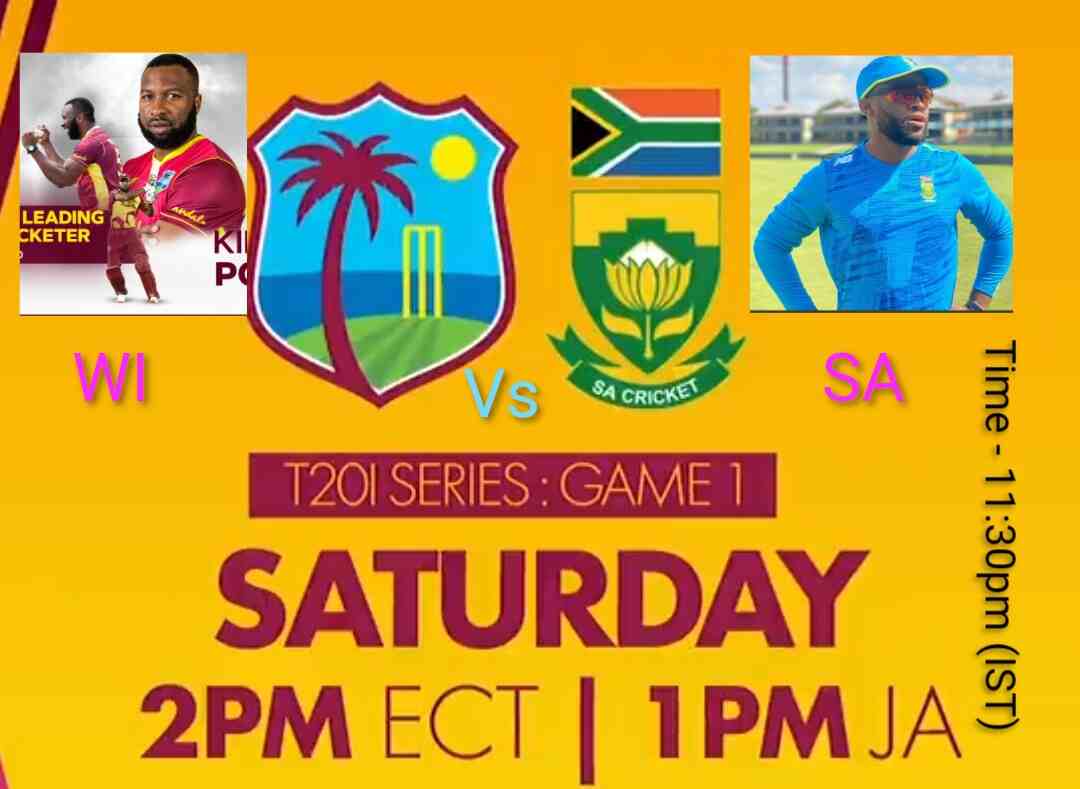 
Both teams will play today with each other t20 international cricket match after a gap of five years.

South Africa won comfortably in a test match vs west indies in an ongoing tour last week. But t20 cricket match is a different ball game. Westindies are known to strong t20 side.

On the Other hand South African side not much behind but clearly they don’t have much Experienced current t20 team. But still, they have batsman like Temba bavuma , de kock , david Miller & bowler like rabada, nortje, ngidi .

A fit-again Temba Bavuma will lead South Africa for the first time in T20Is, against a West Indies side filled with superstars

Westindies would like to start their t20 campaign with a win as they were below par in the recently concluded test match.

Recent Form & win is with west indies side.
All eyes will be on batsmen like Chris gayle & Andre Russell. Later known to hit stroke with brutal force.

Bavuma has fully recovered from injury and should partner with Quinton de Kock at the top of the order, which forced Janneman Malan to sit out. Kyle Verreynneal may find a spot. South Africa has a powerful fast bowler in the world likes of rabada, ngidi & nortje.

The National Cricket Stadium in Grenada has only hosted one T20I so far in January last year. More than 400 runs were scored in that game when West Indies hosted Ireland. A year earlier ODI between West Indies and England scored more than 800 runs in Run feasting Day.

So spectators can predict big runs but only if the weather permits. It has been raining continuously in Grenada ahead of the match & the chance of rain is so high in today’s match.

Who will win today match ?